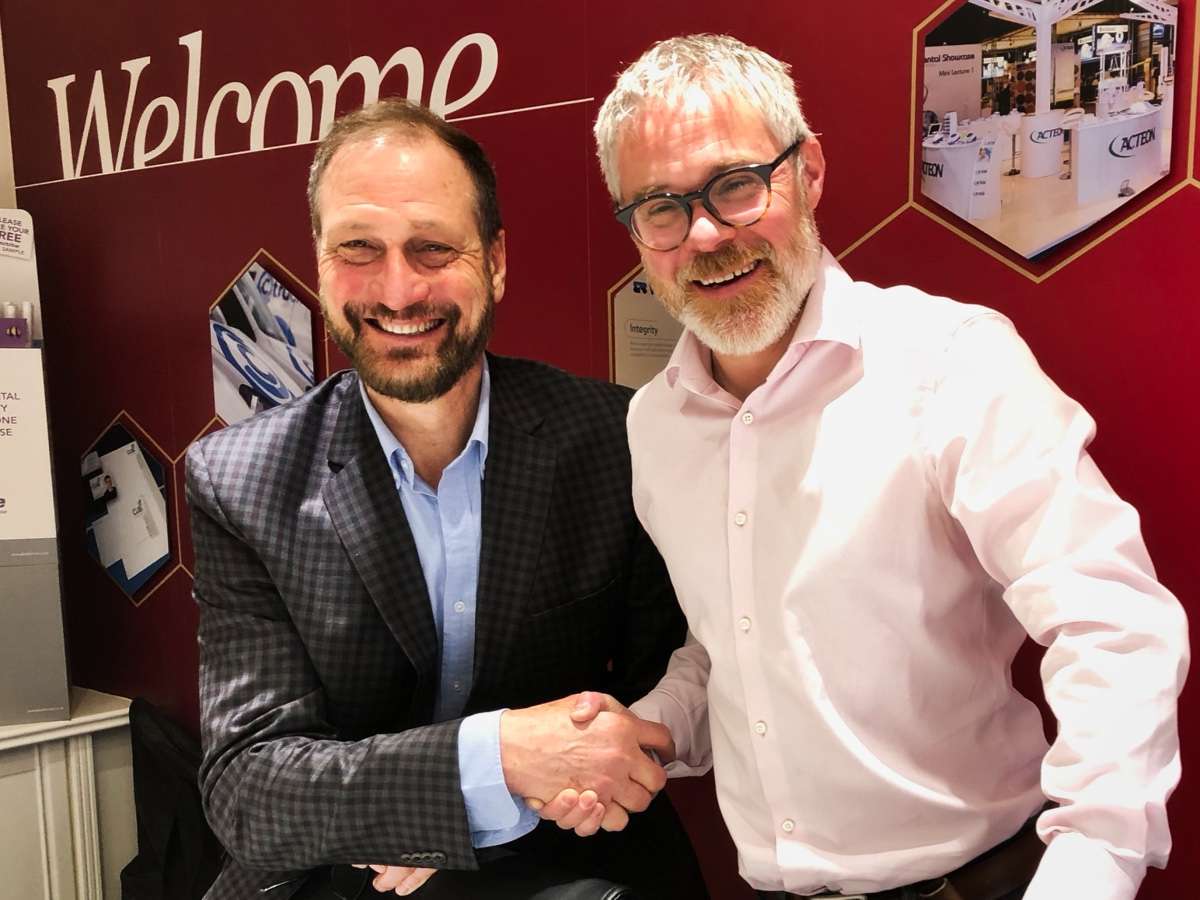 After a successful launch at the Exhibitor Show in Las Vegas, LINK2 sales have continued to grow at quite a pace, so we are pleased to announce that Tiger presentations based in Boston, Massachusetts have become our exclusive dealer for LINK2 in North America. Eric Miller CEO at Tiger, has over 30 years experience, and a proven track record introducing portable display equipment into the America market, so is the perfect choice and a “safe pair of hands”. Working with Tiger has also helped us to better understand the requirements of the American market, thus enabling us to focus our resources on producing exclusive new Link2 accessories. Exciting times ahead.

On the 1st September our new Lumos range is released to the UK trade.
Designed specifically for retail, showroom and exhibition environments, Lumos is a new user-friendly revolutionary product range that really does give the ability to stand out from the crowd. With the capability to have battery or mains operation and interchangeable back illuminated graphics, combined with our dual white and RGB LED built-in bluetooth smartphone technology, Lumos light towers offer amazing flexibility.

Hot on the heels of Euroshop, Richard worked the exhibitior show in Las Vegas with our partners Tiger Presentations. The 3 day show was extremely well attended and the Tiger Link, (as the Link2 is known in America) was a big hit, especially with new shipping options available. Thank you to Eric and the team for your continued hard work in promoting our products. 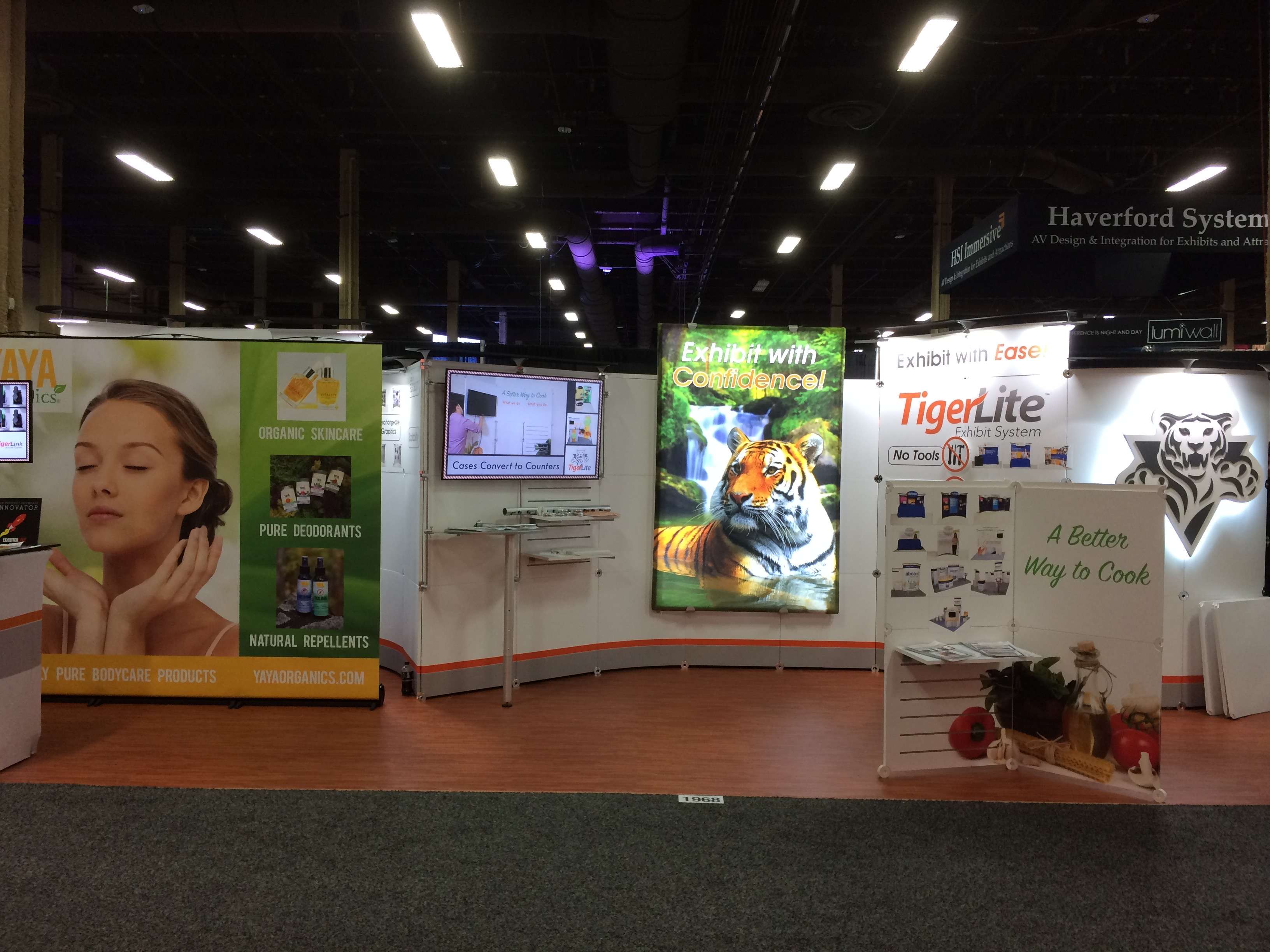 Success with the LINK2 roller banner at Euroshop

Attending Euroshop is always an exciting prospect. This year was no exception. The Link2 proved incredibly popular, highlighting the continual need for new types of products in our saturated industry. The hard work starts now following up the leads!! 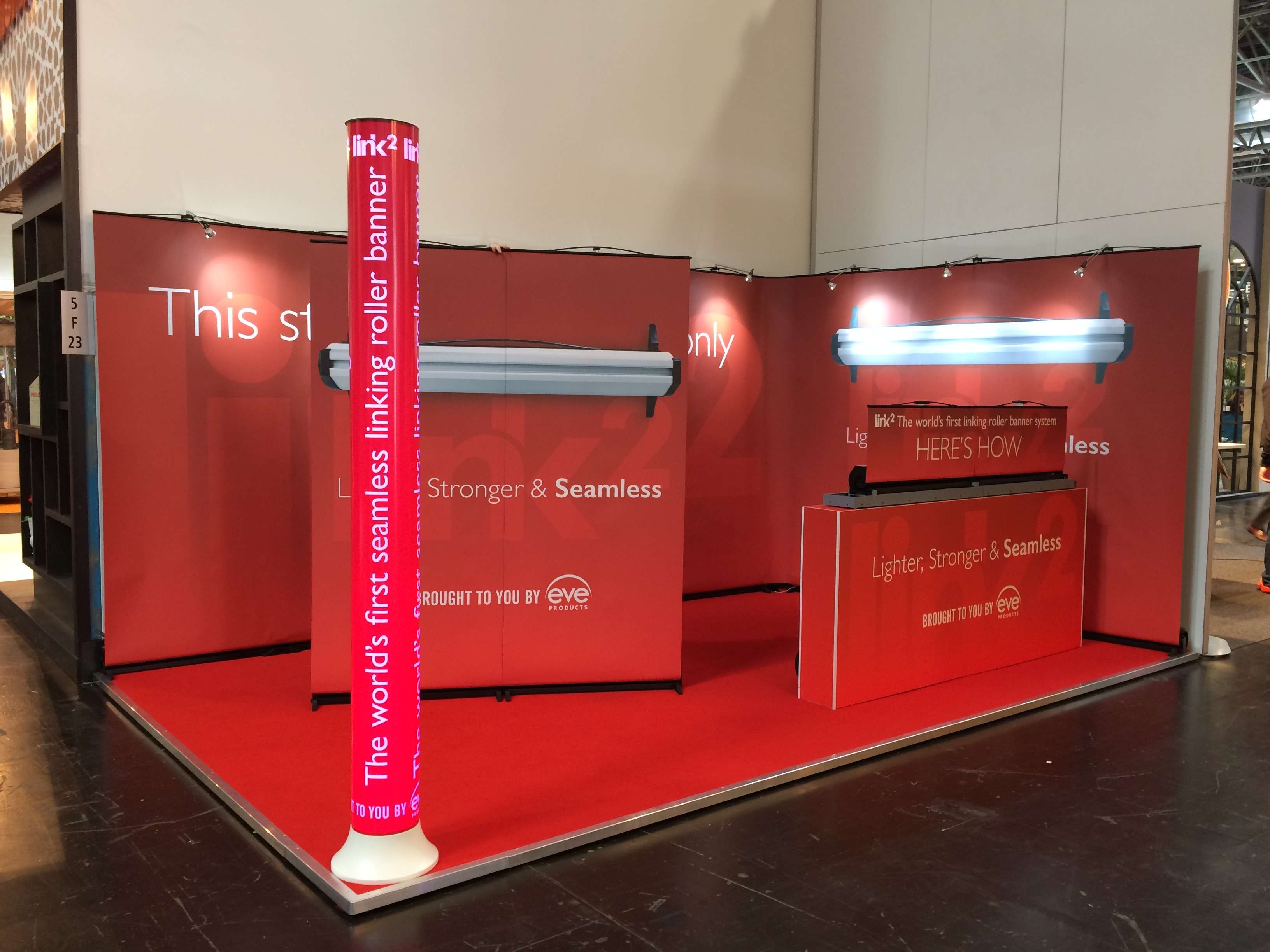 With one day to go, we are nearly there. We are looking forward to showing the Link2 in Europe for the first time.

Eve will be attending the Exhibitor Show in Las Vegas. We are showing our link2 roller banners to our American friends with our US partner Tiger Presentations. The show is on between the 13th-15th March 2017. 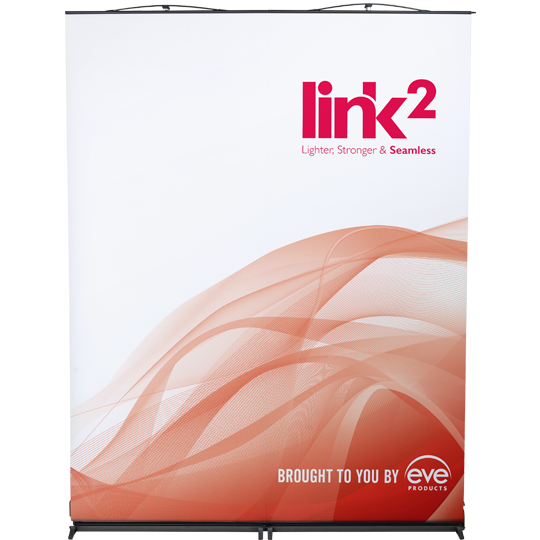 Eve to Show the LINK2 roller banner at Euroshop 2017

Eve will be attending Euroshop in Dusseldorf between the 5th and the 9th March 2017. We will be demonstrating the LINK2 roller banner on stand 5F23. 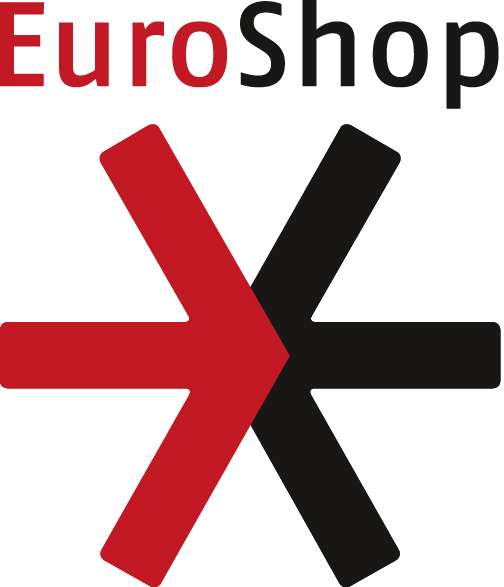 Link2 Marketing Support Has Started With A Successful Photo Shoot.

The Link2 is nearly here. We have spent the day filming full unbranded set up information that will become available next year. Using three Link2 roller banners, we were able to demonstrate how easily they link together, how the graphics are finished and how to easily change a graphic. More marketing material will be shot early in January. 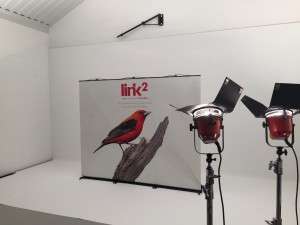 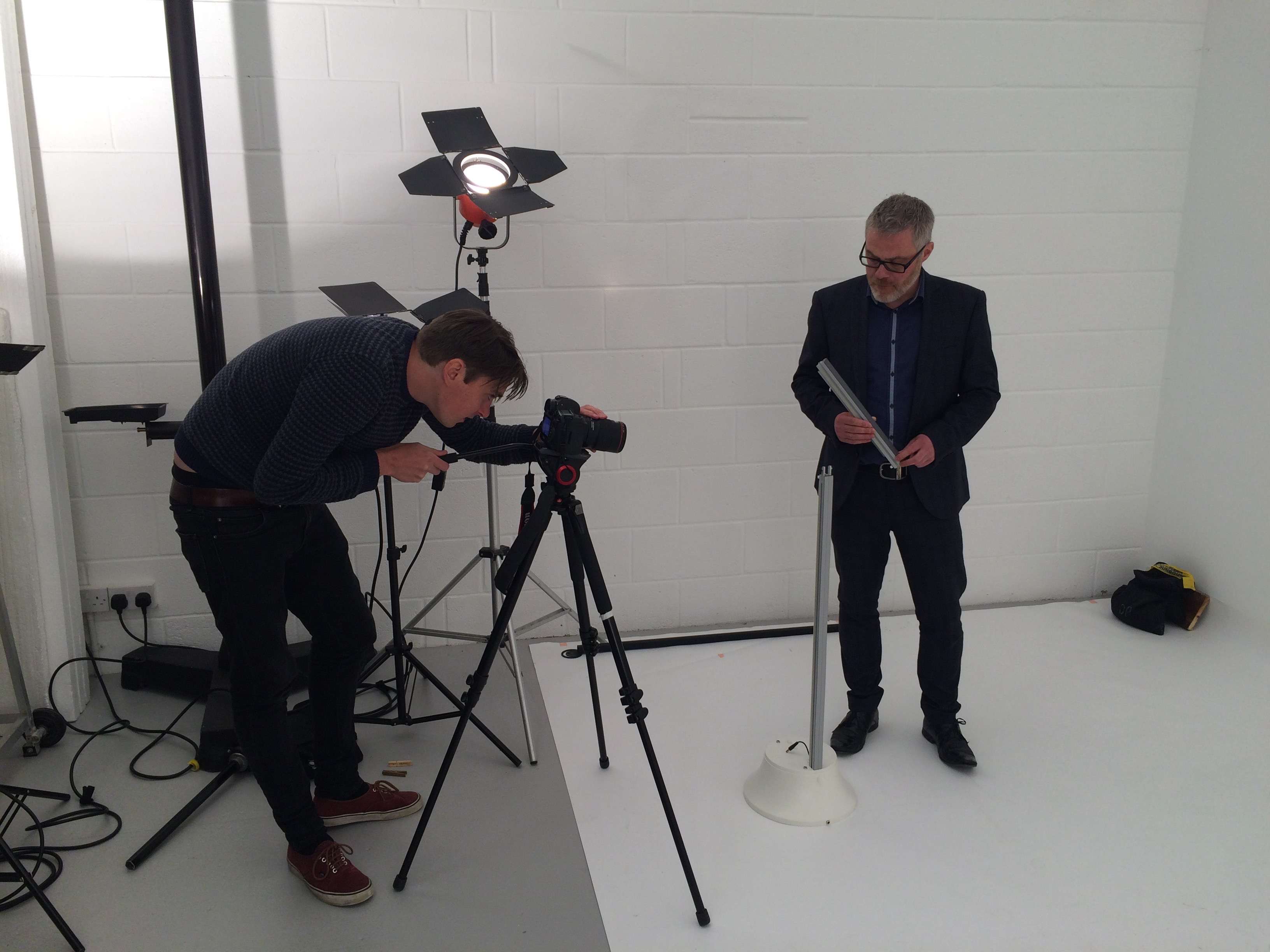 The filming of the new CURVE and LUMOS took place on the 14th April, and should be fully available on the website by the 30th April. As with TWIST, these films will offer unbranded comprehensive step-by-step visual instructions to aid the selling process.

Breaking into the US market is never an easy task, but we have done just that by wowing judges at an internationally renowned exhibition in Las Vegas to win one of the most coveted awards of the show. The New Curve was one of 40 entrants in the New Product Showcase, and thankfully it impressed the judges that we were awarded the ‘Best Buyers Choice‘ of the exhibition. 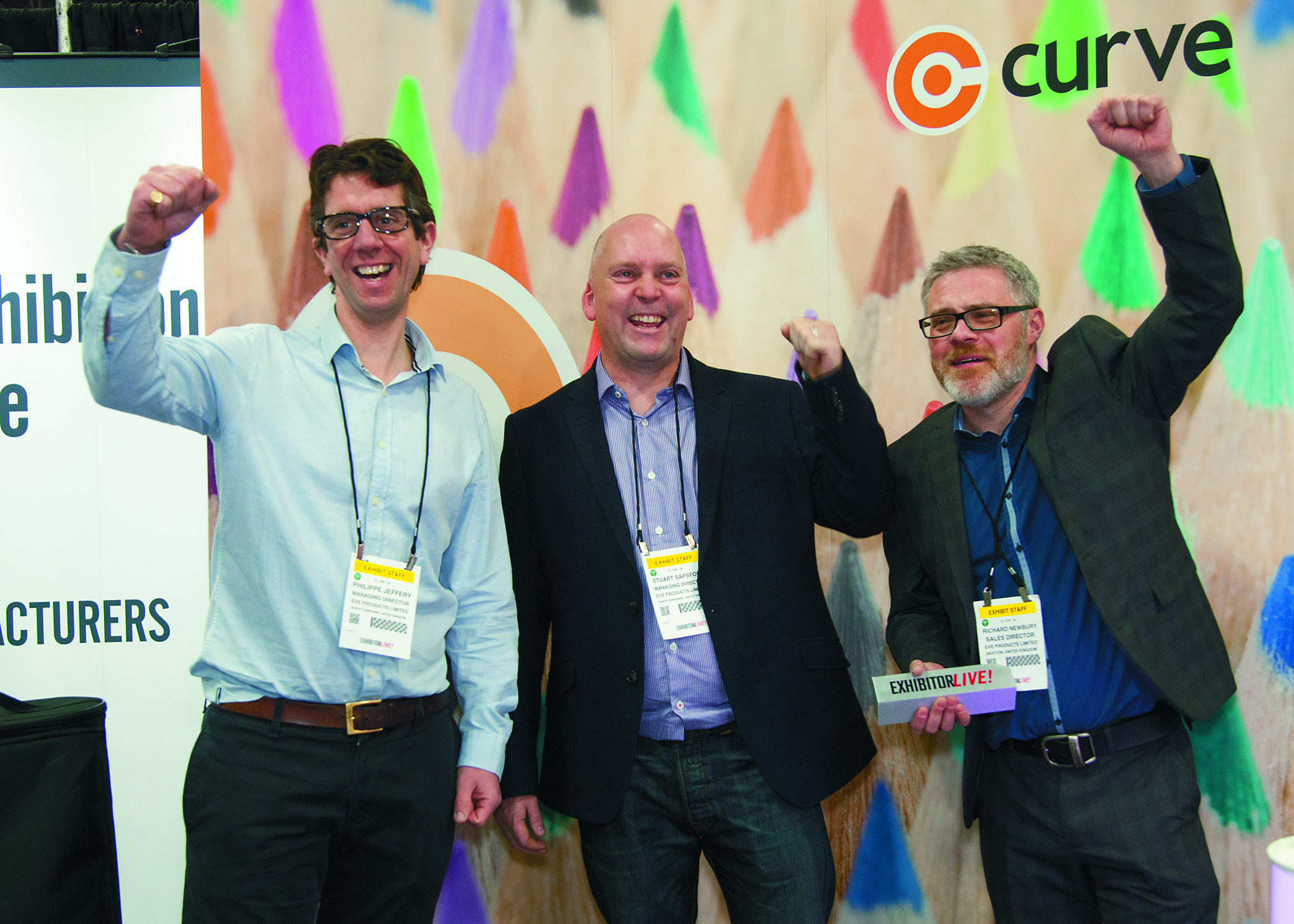